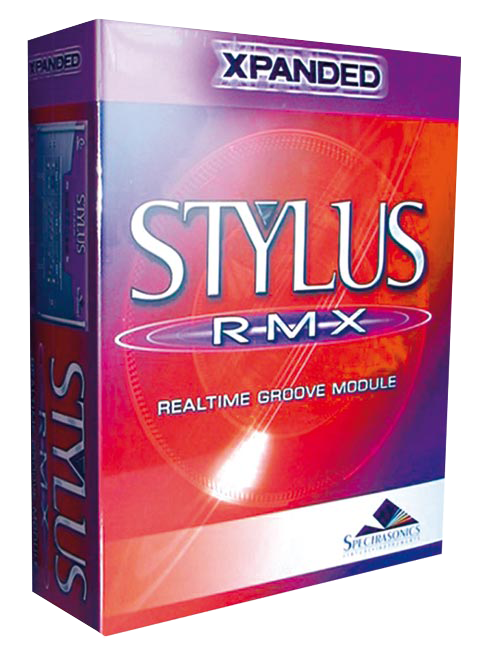 Stylus RMX Can Get Your Groove On

If you already know a little bit about beat maker software and have a Digital Audio Workstation then this might be for you. Stylus RMX is called a groove-based software plugin, so let’s unpack what that is. Groove-based means that the software breaks down beats to grooves meaning that even when a loop is broken down to its simplest form it is still contained within an identifiable groove or recognizable beat. You won’t be breaking anything down to a singular note or percussive instrument.

This package is a plugin for another host software package which means it is not usable on its own. Host software that can load and run Stylus RMX must be able to utilize one of the following plugin platforms:  VST, AU, AAX, and RTAS.

Digital Audio Workstations (DAWs) such as Logic Pro, Pro Tools, and Reaper can all load Stylus RMS. Although the Ronin Asylum Recording Studio uses and recommends Pro Tools as a DAW, Reaper is a more affordable alternative that works great. If all of this sounds crazy or confusing you may not be ready for a DAW plugin and should take a look at a standalone beat maker like Dr. Drum.

If you are comfortable with a DAW and how a plugin works click below:

Stylus RMX uses S.A.G.E or Spectrosonics Advanced Groove Engine technology giving a wider range of control over beats without significantly increasing the learning curve or difficulty of use. Several expanded libraries come with the plugin including:

Let inspiration to take your music to a higher level. Celebrated software producer Eric Parsing’s creation highlights a whole library of his trademark, front line circle controls. Every one of the several stunning remix scores are genuinely special in composition and feel. This Metamorphosis is really a great addition.

Multi-groove patches that combine the Xpanders in many new and creative ways.

Liquid Grooves gives you sounds that beforehand only existed just in your dreams! Pushing live drum grooves consolidated with irregular, natural percussion circles to make completely new scores to advance your music. The live components, performed by some of L.A’s. most imaginative session players, have been changed into an exceptional sonic composition by means of noteworthy sign handling methods and cutting edge electronic instruments.

It is safe to say that you are burnt out on seeking through heaps of overcooked, gaudy loops, when you’re simply attempting to locate a strong, impactful beat for your tune? The Spectrasonics Backbeat library is exactly what you’re searching for – extraordinary feeling, rock-consistent notches with state of mind, however without exaggerating. The assortment and quality inside the Backbeat library is amazing!

Retro Funk offers a fresh take on the killer vintage sound. The sonic texture of these loops makes them ultra-flexible, bringing massive “vibe” to any modern track. Producer Eric Persing’s mixes create a unique, dry sonic attitude in this library, making it ideal for layering with other groove elements.